The Mountain Nomads of Kyrgyzstan
August 2021

The nomads of Kyrgyzstan live with their animals surrounded by seven thousand meter peaks in the Tian-Shan mountains.

They can only be found by those who travel by horse, off-road vehicle or racing bike.

The paths to the yurts and hermitages lead along the border with China and Kazakhstan.

The 3.460 m high Kalmak Ashu is already 1000 meters higher than the major passes of the Alps.

I have lost my buddies, there is no cell phone reception. It gets dark and freezing cold.

Boys call out, run up to me and give me chocolate from their pants pocket for strengthening.

The nomads in Kyrgyzstan are likely to have originated in the Altai Mountains of Mongolia.

The heat in the yurt lasts for two hours, then it's ten below zero again.

First of all, the bicycle is taken care of.

I have breakfast with Jana, she just came from Afghanistan with her horse. Then we hike to the Kölsuu.

The Tash Rabat caravanserai was built in the 14th century as a shelter for travelers along the Silk Road.

After a year of preparation, the bus takes not only me but also my bike bag and brings me to Vienna. Via Istanbul, it's heading to Central Asia in the former Soviet republic of Kyrgyzstan. To visit the last highland nomads. But also to get to know the life of the people, their view of the former Soviet Union and their almost neighbor Afghanistan.
Kyrgyzstan, with its 6.5 million inhabitants, is located on the Silk Road, the ancient trade route between China and the Mediterranean region. The Tian Shan mountains with their seven thousand meter high peaks are home not only to snow leopards, lynxes and Marco Polo sheep, but also to the last highland nomads with their animals.
To the north it borders Kazakhstan, a country eight times the size of Germany. To the east is the long common border with China, and to the south only Tajikistan separates it from Afghanistan. Kyrgyzstan is considered the most liberal and open-minded country in the Central Asian region.
I travel with Timur, he was born in Kazakhstan and moved to Kyrgyzstan as a child with his mother. I thank him not only for his interpretation in Russian and Kyrgyz, but also for his deep insights into the history, culture and life in today's Kyrgyzstan. And all the opportunities to get to know the most different people in this so impressive country. 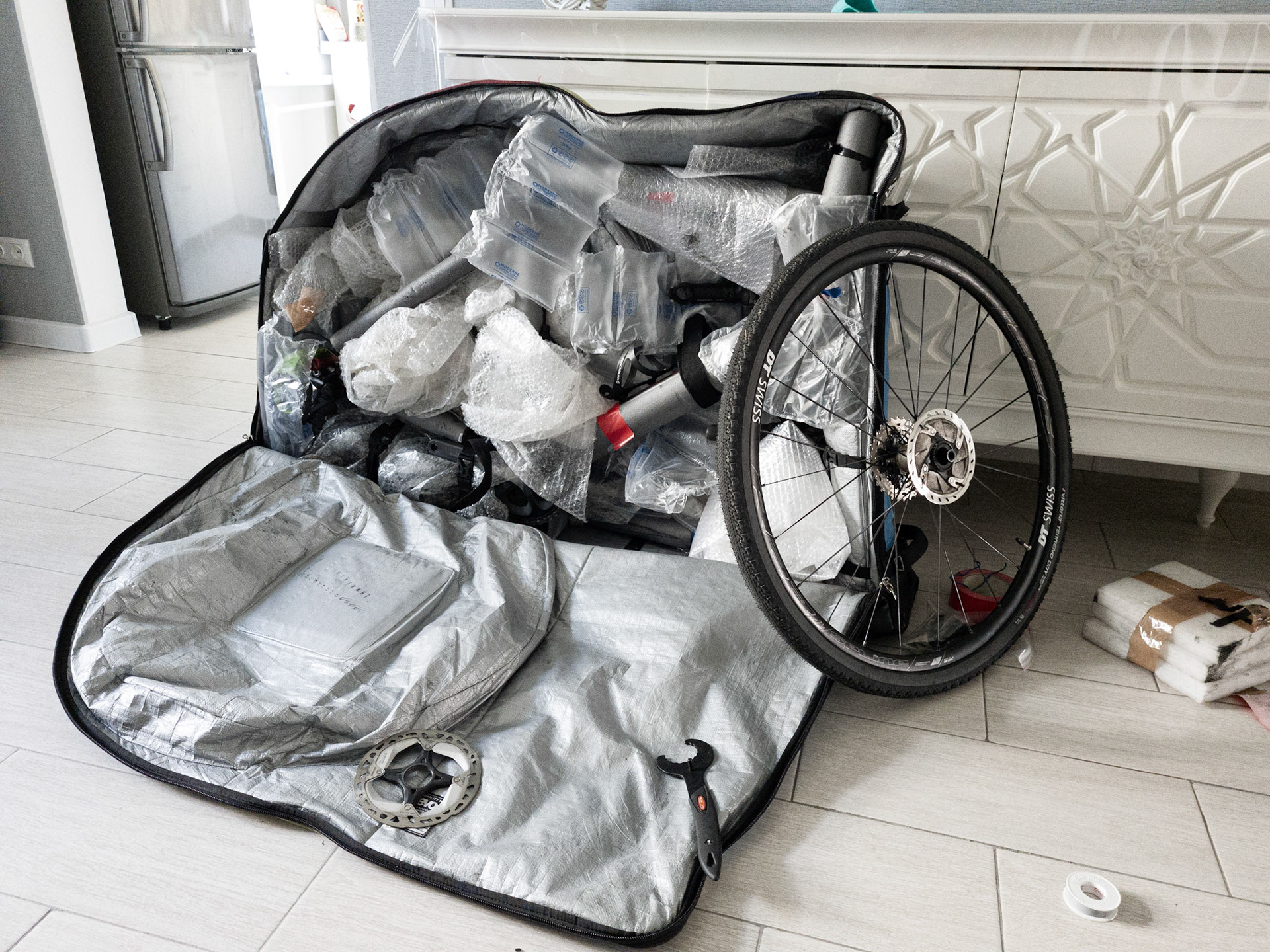 With special permission I ride the Torugart Highway up to an altitude of 3,700m. Next to me the Chinese Uyghur Autonomous Region Xinjiang.

It's wonderful to be able to reach China on its own strength.

At Tosor Pass at 3,900 m a wolf welcomes me. In the meantime, my companions tow parents who had to spend the night in the car with their infant.

I cycle from hermitage to hermitage along the border between Kyrgyzstan and Kazakhstan.

Reached the Yssykköl. It is one of the largest mountain lakes in the world with its length of 182 kilometers.

Engilchek was once home to 9,000 miners and their families.

Zaire moved here from the capital two years ago. He works in the mine, which is now run by a Chinese company.

We have found the guest house.

They once had a hospital, a school and stores.

Livestock market in Karakol, every Sunday at dawn.

For Kyrgyz nomads, animals are everything.

Animals serve as food and transportation, signal wealth, and are means of barter.

Bargaining is an old Kyrgyz tradition and has a high social and community function.

Somehow I chat with the kids, then they proudly pose for my photo.

Wonderful hospitality
If you would sum up Kyrgyzstan in one word, it would probably be 'wonderful hospitality'. Whether in the simplest tents of the nomads in the high mountains, the luxury house of the director of the stock exchange or with the family in the countryside without running water. The dining room is always the center of the house, the table is richly set and the guest is warmly welcomed.

I help a local to cross the river. In thanks, he waves the index finger of his right hand toward his throat and fetches a bottle of vodka for us.

The house of the family of five has a living room, a small kitchen, no running water and no toilet. The girl has been able to hear for a few weeks, thanks to a cochlear implant.

That is also Kyrgyz hospitality.

Horse meat is available only at the birth of a child, a wedding and a funeral.

The Ala-Too Square of the capital Bishkek gives an idea of the gigantonomy of bygone times.

The charm of Soviet architecture is complemented by huge SUVs. The car as the successor of the horse.

"Carrying on the fire" has a high religious-cultural meaning in Zoroastrianism.

The bride and groom come in the stretch limousine and celebrate in Las Vegas atmosphere.

I am invited to give a congratulatory speech. The longer, the greater the appreciation.

As a farewell, there is horse meat and kumys, fermented mare's milk.